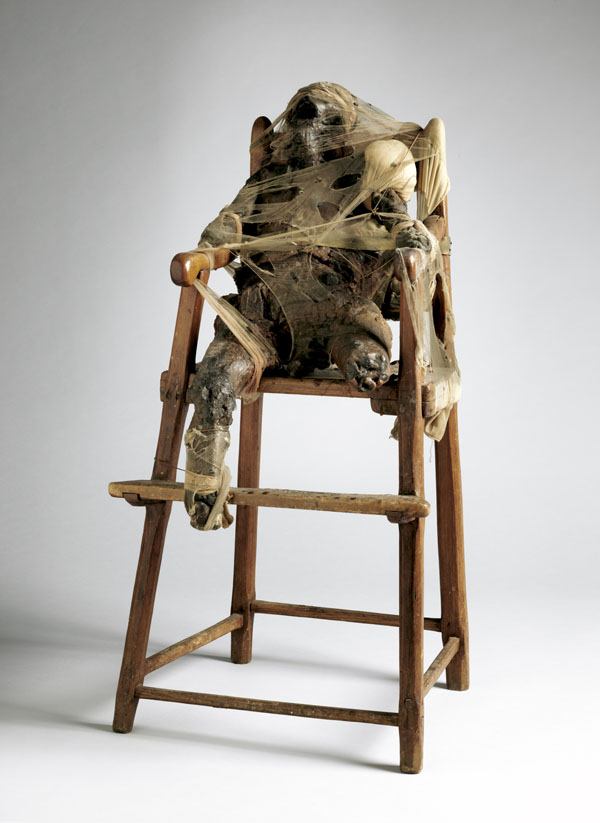 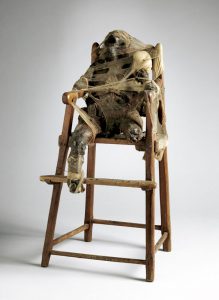 Bruce Conner 1933-2008 was a San Franciscan artist who was a major part of the development of found art and experimental film in the US. It’s All True reveals Conner to be a simultaneous critic and admirer of American culture, the earliest works on view are thickly painted, quasi-monochromatic paintings made of oil and other substances on Masonite. Many of Conner’s “BLACK WAX SCULPTURES,” made between 1959 and 1963 feature half mummified bodies presented in a disturbing light by being shown on broken structures.